“What do you have to lose?” Donald Trump asked America in one of his recent press briefings. He was talking about taking hydroxychloroquine as a treatment for Covid-19. As a doctor whose job involves balancing the therapeutic benefits with the potentially harmful effects of drugs, I would respond... “quite a lot, Mr President.” First and foremost, the evidence for any real benefit in even mild Covid-19 is questionable at best , with studies plagued with protocolic inconsistencies and missing data. Added to this, a quick scan of the British National Formulary , lists 43 grim side effects, not least heart conduction disorders, acute liver failure and psychosis.

his is a photo holding frame. 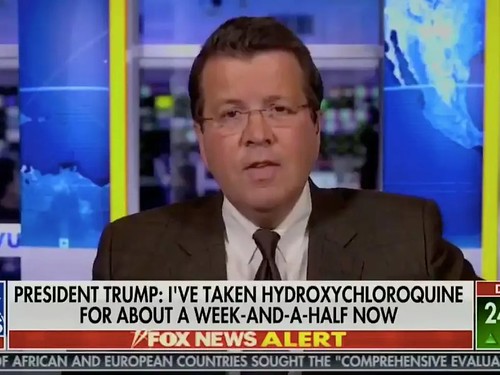 Scary as it might be, we’re all used to hearing Donald Trump saying things that fly in the face of mainstream science. But perhaps we should be even warier of the parts of the scientific community who are applying hasty and at times non-rigorous methods to pandemic research, with potentially dangerous consequences. During a pandemic, we all want answers quickly. As we speak, the UK government is setting up a new initiative ‘Accelerating COVID-19 Research & Development Platform (ACCORD)’ which aims to fast-track the drug development process. As part of this, six treatments are being trialled nationally, including the five intervention arms of the RECOVERY trial - the world’s biggest RCT into COVID-19 treatments. Exploring the research into two of these frontrunning therapeutic candidates has highlighted the potential risks of accelerating studies at the expense of scientific integrity.

Hydroxychloroquine is an old anti-malarial drug, still used to treat non-falciparum forms of the parasite. Unless you paid particular attention in your parasitology lectures, you would probably have heard it more commonly used to treat autoimmune conditions including SLE or RA. Following mostly unpublished or negative trials of the drug in China, French microbiologist Didier Raoult burst onto the scene in early April by claiming he was able to cure Covid-19 in nearly 92% of cases within ten days. The study has been widely criticised , with a small sample size, no control group and a particularly low-severity cohort - even including asymptomatic patients. So even if the data was robust, it was probably not the group we are rushing to find a treatment for, and the easiest to claim your treatment has “cured.” Nevertheless, the drug has since been prescribed and used extensively out of the context of trials in France and the USA - even after a  study of 84 patients treated with hydroxychloroquine found 30% of patients had QT intervals increased by over 40ms, and 11% in the potentially harmful zone of over 500ms.

Just three days ago, an observational study of 1500 patients published in the New England Journal of Medicine found no difference in intubation or mortality rates in those treated with hydroxychloroquine to those who didn’t. So with the currently available evidence, hydroxychloroquine is seemingly not the miracle cure touted by Trump and Raoult. The FDA released a similar statement at the end of April, acknowledging the lack of evidence and the potentially deleterious effects of hydroxychloroquine (“the drug has not been shown to be safe and effective for treating or preventing Covid-19).” 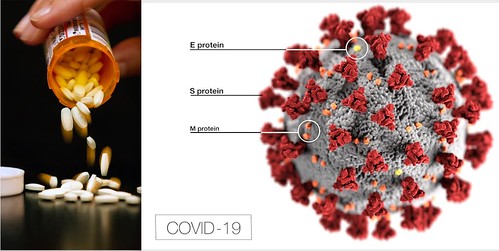 A much newer experimental drug this time, Remdesivir, a nucleotide analogue that inhibits RNA polymerases. It was developed by Gilead initially for the treatment of Ebola. The optimism surrounding Remdesivir is clear, with Nature claiming it to be “one of the world’s best hopes for treating Covid-19 ” and Dr Fauci professing it as the “new standard of care ” -  but the methodological flaws that beleaguered the hydroxychloroquine studies still seem to be apparent.

The first observational studies in early April were of patients prescribed the drug on compassionate grounds (giving an authorised medication to treat seriously ill patients when no alternative is available). These included a New England paper which found that 36 (68%) out of 53 patients given the drug made a clinical improvement, which without a control group is impossible to draw any useful conclusions about.

The trial we were waiting for was published in  The Lancet at the end of April, a randomised, double-blinded, placebo-controlled RCT from China. The study sample included 237 patients presenting with clinically significant symptoms (oxygen saturations <94% or radiologically confirmed pneumonia).  They found no improvement in symptoms nor viral loads in the Remdesivir group, but a signal towards a quicker time to clinical improvement if taken within ten days of symptom onset (hazard ratio 1·52 [0·95–2·43]). This is one of the few well-conducted studies I have read on COVID-19, but in a strange (but happy) twist of fate was underpowered (237 out of 453 intended sample enrolled) as Wuhan no longer had enough patients fulfilling the eligibility criteria. As John David Norrie points out, this means we may be missing both a potential benefit or potential harm when using Remdesivir, so larger studies need to be carried out.

The biggest trial was released to the press shortly after the Lancet publication, conducted by the National Institutes of Health (NIH) - a US government agency, which claimed that of 1063 patients “sick enough to be hospitalised”, recovery time was shortened by four days (or 31%) by taking Remdesivir (p<0.001). Dr Fauci claims that these findings are reminiscent of the introduction of antiretroviral therapy for HIV in the 1980s, which seems pretty inflated for a drug with no known mortality benefits nor any proven reduction in viral loads. Also, we need to be mindful that this was a press-release from a study yet to be published, so its dataset cannot be scrutinised. Without providing this, there is a real risk that the authors could have cherry-picked and announced significant/positive findings. I also think it is important to remember the pharmaceutical industry is one of the most profitable in the world, and the stock rises for Gilead following this statement were immediate . I don’t want to be too cynical, but when science and profitability are so closely intertwined, the scrutiny of the studies and conclusions needs to be even more exhaustive

It is clear that during a pandemic, there is a temptation to rush through clinical trials, lowering thresholds and protocolic standards that have been carefully developed in research science. These are in place for a reason, to ensure the careful see-saw between benefit and harm of any intervention falls on the former before it is thrust upon an acquiescent general population, desperate for a cure.

There is a distinct lack of well-conducted, double-blinded randomised controlled trials currently published. Until then, we remain providing “best supportive care ”, and keeping a critical eye on the grandiose press-releases we will undoubtedly continue to read.

Let us know who you are, so we can let the Dr Silas Webb know you liked it!