My first ever blog – I wanted to leave some insight about the beginnings of Remarxs. It might convince an investor to get involved, a new mentor, a new collaboration; or, perhaps you to write your own blog on Remarxs. Either way, thanks for reading!

The idea first stemmed a few years ago in 2015, when I was working as an excitable FY2 in the emergency department (ED) - this was probably the best time of my medical career. At FY2, I find, confidence is at its highest having been a doctor for the grand total of one year, but responsibility and knowledge often unknowingly is still relatively low, leading to a motivated, self-assured and inspired cohort*1.

This was an exciting time. During this year, I had just established Osler's Room as a website having run some in-demand set of charitable lecture-based OSCE courses. I was working exceptionally hard in the ED and on a steep learning curve clinically. After each ED shift, I would pack some dinner, a sleeping bag, my Mac Book Pro, and catch the Northern line to Guy's Hospital to work on an NIHR portfolio randomised controlled trial (the TESLA trial) under my long term mentor, the quite brilliant Professor Joerg Steier. I would hook patients on to EEG and overlook their sleep study overnight, getting kip in a sleeping bag on a hard floor, wake up in the St Thomas' sleep lab with a backache and head back to work the next morning… I loved it. I was inspired!

One of our first courses – Basic Clinical Skills (oslersroom.com) 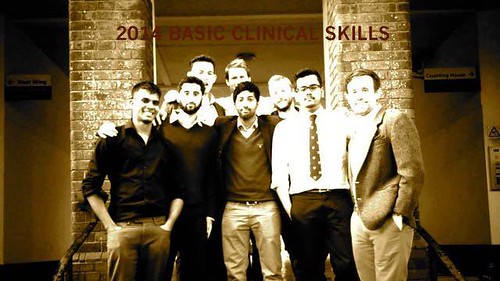 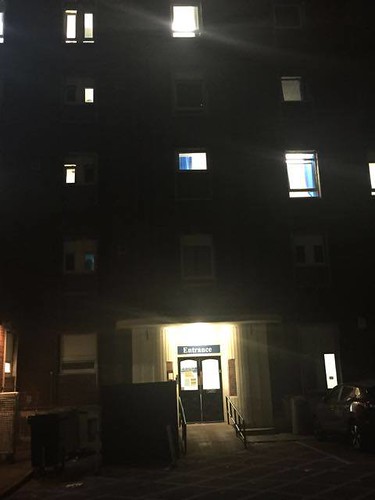 The ED at St George's was an exciting place to work. The consultants were brilliant, supportive, and there was always an abundance of senior staff on shift. I became a member of the 'Emergency Department Service Improvement Team (EDSIT)'. I was so passionate with the opportunity to be creative that I involved and started around ten audit and service improvement projects. I loved innovation and design you see, before medicine, I won a scholarship for a career in product design, and I was in two minds about which career to pursue. I thought I could get the best of both worlds and went into my King's College London medical interview clutching a wheel-chair ramp I made for London zoo, exclaiming I wanted to enter medicine to design new prosthetic limbs!*2

My first memory of Kevin was of a super-enthusiastic, measured, motivated medical student in the ED. At the time he was supporting an audit which involved him asking critically unwell patients, who were admitted to Resus, how much pain they were in by pointing to a series of cartoon faces ranging from sad ☹ to happy ☺ …The juxtaposition of the medical team dramatically inserting cannulas, IV meds and antibiotics, urgently communicating with other teams for support, while Kevin waited for his chance to pounce and show them his board of faces was, actually, quite hilarious!

It was literally after one of his 'pain scoring' extravaganzas that I asked if he would like to help with my own 'pain project'. I was working with the now ED clinical director, Dr Sunil Dasan, looking to improve the speed and efficiency with which patients were prescribed analgesia. Kevin started work immediately, and it was quickly evident how astute he was. Collecting the data involved reading through patient notes, and inputting data based on their time of presentation, pain score, analgesia prescribed, amongst a whole host of other mundane things – he did this in next to no time at all making suggestions for efficiency. The project was over before it really started! We published this, and then moved from a project, to project, becoming notorious in the ED for service improvement.

Fast-forward 2 months, I ran a conference 'I want to be a doctor…?' (now known as 'Medicine 4 The Masses') which provided outreach opportunities for prospective medical school applicants. As part of this conference I would review all of the students' personal statements, and of course, this became difficult to manage, especially for a £20 charitable conference.  So the idea of a personal statement review site developed where school students could connect to university students and academics; it was then called “Uni-Statements”.

I was speaking to Kevin about this when he said he could code! In fact, when I elaborated on the concept and asked whether he could make this, he would think for a few seconds and respond simply “yes”, I’d suggest another feature and ask if he could make it, he would think, and repeat, “yeah I could”, again, and again…and again. He was building the website in his head as we spoke! Like it was nothing. I remember brimming with a feeling of opportunity, potential and inspiration with what we could achieve (even beyond ‘uni-statements’ *3).

Kevin and I are both motivated to make a difference, and so kept slotting in “Remarxs sessions” to make progress. Self-determination, resilience and grit in the face of criticism and hurdles have been key. You should know that after a year of building the first iteration of Remarxs, we made the schoolboy error of not keeping a backup, and Kevin’s computer died. We started again: building, developing, re-iterating, evolving, scrapping, discussing, creating, innovating, and here we are, fully equipped with five local and two cloud backups; and more functionality than ever before! … Uni-statements has evolved into Remarxs; it's ready, and we're good to go!

We hope you join us on the rest of our journey.

p.s. Find out more about myself and Kevin here.

*1 I believe a lot of FY2s hit a hurdle at this stage by not realising that confidence isn’t a heuristic for clinical acumen, leading to negative clinical decisions. I talk a lot about this during my educational teaching courses in Osler’s Room (oslersroom.com).

*2 Well, that never happened. I did go on to design research projects, however.

*3 We still have the domain unistatements.com if anyone wants it!

Thanks Kevin, I hope you appreciate your mentions ! thanks for getting this blog software up and runnings, it's awesome. Sorry to spam the comments but i need to test this and it helps you look good also Deeban. But seriously, Great article.

Will answer any comments on questions, thanks!

Let us know who you are, so we can let the Dr Deeban Ratneswaran know you liked it!